* In case of any delay in receiving the OTP, you may verify it later. Please proceed without verification.

Enter your City name or Pincode

Agaram is a town panchayat located in the Dindigul district (also known as Thinntikkal district) in the south Indian state of Tamil Nadu. 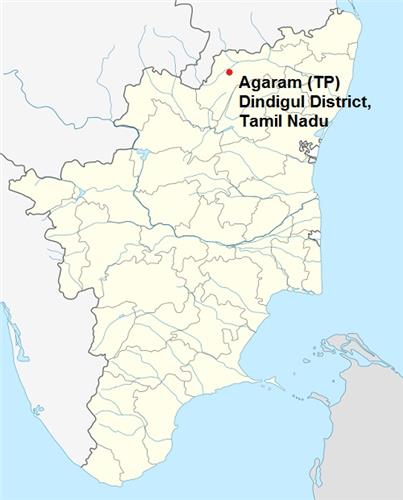 The Agaram Town Panchayat is the official governing body that administrates the town. Some of the primary responsibilities of the Agaram Town Panchayat include provision and maintenance of public toilets, street lights, laying of roads, levying of taxes and so on. The appointed executive officer is the head of the rural governing body who is assisted by a team of functionaries.

Comments / Discussion Board - About Agaram